The trend of intelligent lighting LED penetration rate will reach 36.7% In the context of global energy shortage, the trend of LED intelligent lighting trend, according to forward looking Industry Institute released "LED Lighting Industry Market Outlook and Investment Analysis Report" data show that in 2016, the global LED lighting market has reached 34.6 billion US dollars, with the increase 15.80%, the market growth rate is high, is expected to continue to maintain strong growth trend. 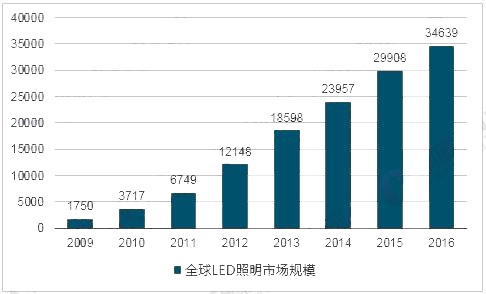 At present, LED lighting will gradually become the mainstream products in the field of lighting, led the revolution in lighting history following incandescent, fluorescent lighting after another. In recent years, the global LED lighting products prices dropped rapidly, has gradually replaced incandescent lamps, fluorescent lamps and other lighting sources, penetration continued to rapidly improve, the global LED penetration rate is expected to reach 36.7% in 2017, up 5.40% over 2016. 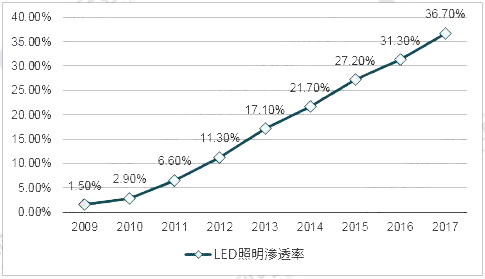 Under the situation of vigorously promoting energy conservation and emission reduction in the world and proactively coping with climate change, China has proposed the binding target of reducing energy consumption per unit of GDP by 20% and reducing major pollutant emissions by 10% during the "Eleventh Five-year Plan". As foreign countries have introduced a roadmap to phase out incandescent lamps, China has also gradually accelerated the elimination of inefficient lighting products. 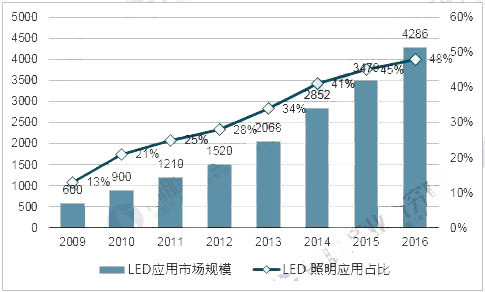 With the continuous development of the industry, enterprises will accelerate the survival of the fittest, lack of technological advantages, small businesses with accumulated experience will be phased out, the government will also promote the integration of the industry and the survival of the fittest by strengthening the construction of industry standards, and the government guidance function is very clear , Will strengthen the integration of existing enterprises, to support leading enterprises to become stronger and bigger.

Prospect Industry Research Institute released the "LED Lighting Industry Market Outlook and Investment Analysis Report" from the market overview, industrialization, regional development, policy analysis, key enterprises and many other aspects of the LED lighting market, the overall development of the state, and in Based on the LED lighting project investment potential analysis. For more questions, click on the online consultation and researchers to achieve one-on-one communication.